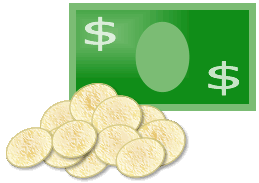 Part 1 talked about how Google search works, what about the economics of search, how do we get all this for free? If search works like a library, the underlying financing works like an old national television broadcast network (ABC, CBS, NBC). In the days before cable, how much did you pay to watch a TV show? Zero, nothing, zilch; well, kinda. Many of those actors were making bucks, where did the money come from? Advertisers. The broadcast networks paid for the TV shows, advertisers paid the broadcast networks, and you paid the advertisers (like when you buy Coke, Spearmint gum, and your Ford Taurus).

In much the same way, you are not paying Google directly for the search results. So who is? Advertisers. Google show ads on the right side of the search page (and often at the top and bottom of the page). Google has two pricing schemes for advertisers. One is priced by "impressions", which is modeled on the TV broadcasters where they estimate how many people watch a show; the more viewers, the more the advertiser pays. The other price scheme is to "pay per click", where the advertiser pays each time an ad is clicked. Ads can get expensive quickly.

So, with this pricing model, it begs the statement: "Great, so I can just pay and have Google put me anywhere I want!". Wrong. Google makes a clear distinction when taking advertising money -- it is for advertising. When you search, you get two separate sets of results - "organic results" based on the GoogleBot catalog, and the advertisements. Nobody can pay to influence the organic results, and the advertisements have strict rules of their own. You cannot pay Google to show "Sally's Home Baked Cookies" when someone searches for a new car - ads must be relevant to the search.

Google has gotten so big, so ubiquitous, that if you're not well liked by Google, nobody will ever find you --you don't exist. This created a new industry where everyone wants to claw their way to the top of Google, which we'll cover in Part 3 (coming soon).